What’s Behind the Spike in SC Real Estate Foreclosures? 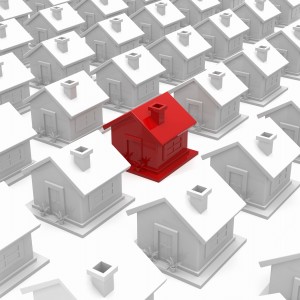 The foreclosure rate has been rising nationwide since May. That’s because the country’s largest real estate lenders finally reached an agreement with states in February, allowing them to resume the processing of unpaid mortgages. Before the February settlement, a large backlog had been building, as banks were unable to begin foreclosure proceedings on default mortgages amid allegations of improper document verifications.

Basically, the increased number of foreclosures does not indicate a new cycle of homeowners missing payments. Instead, the real estate that is currently entering the foreclosure process has been in default for a long time, but lenders have not taken action against the owners of the properties. Foreclosure activity varies widely on a state-to-state basis and is more of a reflection of each area’s foreclosure laws and procedures rather than the health of the state’s real estate market. It seems that SC’s foreclosure process really bottle-necked last quarter, and that the banks are finally making headway on their backlog. The Charleston Regional Business Journal points out that overall, foreclosures are down for the 22nd straight month, but new foreclosure filings are up from last year. Unfortunately, the rise in new foreclosure proceedings could still cause a dip in home values since distressed properties typically sell for less than market value. With that said, banks are increasingly opting to allow short sale transactions rather than repossessing properties in foreclosure. On average, short sale homes sell for about $25,000 more than bank-owned homes, so this, along with a sustainably growing real estate market, could help absorb losses in value caused by foreclosure properties.

Do you have questions about purchasing distressed real estate? Bob Brennaman is always happy to share his experiences and can be reached on the web or via his cell phone: 842-345-6074.