How Does Sullivan’s Island Compare to Other Beach Real Estate in the Southeast? 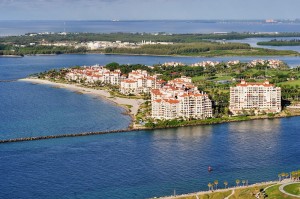 As far as home value goes, Sullivan’s Island is outpacing the Isle of Palms, Folly Beach, Kiawah Island, and Seabrook Island as the most expensive beach real estate in the Charleston area. It is also the most expensive locale in South Carolina.

Florida’s Miami-Fort Lauderdale area is one of the only Southern beach areas outside of South Carolina with home values comparable to Sullivan’s Island. Examples of communities with higher price points than Sullivan’s Island include Fisher Island and Gulf Stream. The golf course community of Fisher Island had the highest per capita income in 2010. The average home value on the island as of June 2013 was $2,581,100, or $898 per square foot. The community comprises less than 300 households. The Palm Beach community of Gulf Stream has an average home value of $1,385,800, which amounts to $480 per square foot. Ranked the 11th richest place in the United States, Gulf Stream is home to 716 residents. 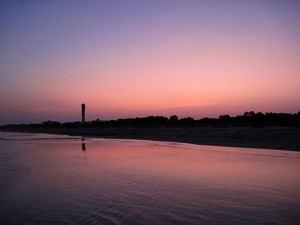 In Bal Harbor, even though homes are valued at around $699,800, the average price per square foot is $436, and in Key Biscayne, home values sit at around $861,000 with a $544 per-square-foot price tag. The densely populated Bal Harbor community is home to more that 3,300 residents and only covers 0.3 square miles of land. Key Biscayne is home to more than 12,000 residents and covers a land area of 1.3 square miles. By contrast, Sullivan’s Island’s 2.4 square miles of land are home to 1,911 residents.

Aside from the Florida communities detailed, you won’t find a lot of areas in the Southeast that are fetching the prices of Sullivan’s Island real estate. And you won’t find the natural beaches and laidback atmosphere characteristic of Sullivan’s Island in any of the heavily developed Florida communities mentioned. SI is really unique in that respect. Its beaches are quiet and undeveloped. It has no hotels and very little rental housing. Yet it is just minutes away from all the shopping, travel accommodations, amenities and attractions of Charleston, Mount Pleasant and North Charleston.

Contact Bob Brennaman, a leading local Realtor in the Sullivans Island area, for answers to any of your real estate questions. He can provide the most recent real estate data and help you find the perfect beach home.