Tribute to a 50-Year-Old Light 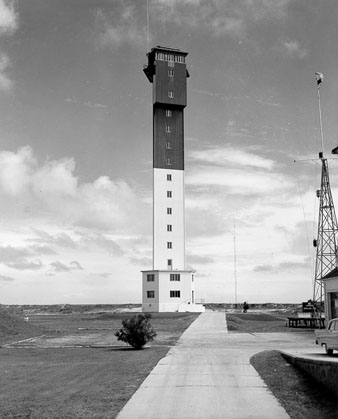 It seems that everything in the Charleston area has storied past. There’s just not a dull brick, pole or stretch of sand in the city. So it’s no surprise that even the more modern parts of our landscape have interesting tales to tell. When folks see the Sullivan’s Island lighthouse for the first time, they are usually a little stumped. The structure certainly does not fit the historic lighthouse stereotype. Most are round and built of brick, block or stone. The Friends of the Sullivan’s Island Lighthouse group even prefaces its description of the light with, “Although the triangular tower … doesn’t have much Southern charm, it does have some redeeming qualities.”

But the lighthouse, like most other things Charleston, comes with plenty of local color. For one, it used to be orange and white, but island residents detested the look so much that they petitioned the government to change it. This required an act of Congress to rewrite regulations, but the colors were changed.

In 2009, the Post and Courier detailed the story of the lighthouse’s designer, Jack Graham. We have Graham to thank for the modern shape of the lighthouse. He came up with the architectural drawings for the tower in 1959 while enlisted in the Coast Guard and never having visited Sullivan’s Island. Graham was just 25 in 1959 and left the service before the light was commissioned. Even though he had created the design, he had no idea the lighthouse had been built until spying a picture of it in Motor Boating magazine.

Naturally, the architect wanted to the see the lighthouse and was able to gain access to it in the 1960s. While still in use by the Coast Guard, the lighthouse was open to visitors on weekends and holidays as long as they signed a release agreeing not to hold the Coast Guard responsible for accidents. Ownership has since been transferred to the National Park Service, and the aging light is no longer open to the public, mainly because of safety concerns. Its elevator — which was installed as a safety measure in response to the high number of accidents documented to have occurred on lighthouse steps — no longer functions. And the 10 stories of narrow stairway can be difficult to navigate, especially by the fifth flight! The journey to the top ends with a 25-feet vertical ladder climb, making the logistics of allowing public access even more daunting. 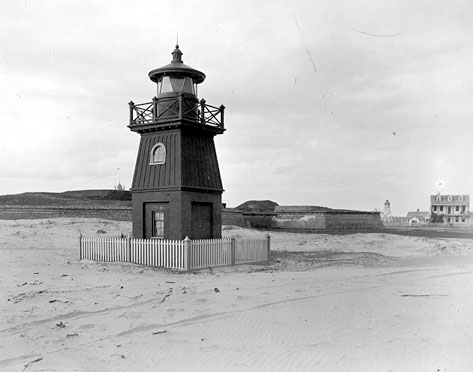 The image below shows the current lighthouse while under construction.

Plans have been in place to have the lighthouse listed in the National Register of Historic Places for years, and now that it is 50 years old, it is fully eligible. The National Park Service also has a long-term goal of one day reopening the lighthouse to the public, but that will likely be some years down the line.

The 50th anniversary celebration for the light was held on Saturday, June 16, 2012, and included live music, refreshments and a presentation given by its architect Jack Graham. Although details have not yet been announced, National Lighthouse Day is on August 7, 2012, and there is likely to be another event at the Sullivan’s Island Lighthouse at this time.